As we look back at the year, we find ourselves being more grounded, more articulate about our non-negotiable and more adaptive to external situations. It has been a year where we have achieved very small but satisfactory to our expectation amidst challenges. Responding to challenges has strengthened our resolve to respond to any situation and take it in our stride.

Apart from these interactive sessions & most prestigious award shows, it also have Book Launches & Display, Video Screening & Tarot Sessions. The most attractive part of this Fest is a Solo Art Show on Namami Gange in support of the National Project of India & Prime Minister Office (PMO). The proceedings of the fest was forwarded to the PMO too.

The first ever, cutting edge, socio-culturally event was widely publicized through all forms of Media-Print/Electronic/Online Promotions and would be attended by Ministers, Celebrities, Bureaucrats, and intellect members of IIC targeting 5 lacs viewership.

It is the culmination of our experience of working with hundreds of women entrepreneurs across the globe, from varied economic strata and religions. The development and the release of Solo Art Show on Namami Gange was a landmark in ARYA BHARAT journey.

Another remarkable event was done in collaboration with KITTES: IIFT Incubation Cell an initiative of Centre for MSME Studies (CSME) at IIFT established by CSR funding from Mitsubishi Corporation India Limited and Metal One India Corporation towards creating export startups; organized its Annual Entrepreneurship Summit: LIFT (Launch Pad at IIFT) conducted in collaboration with E-Cell at IIFT and Udaan on Sunday, 20th August 2017 at 10.00am. The event was inaugurated by Shri Amitabh Kant (I.A.S), CEO, NITI Ayog presided by Dr. Manoj Pant, Director IIFT and attended by our distinguished guests; Shri H.K.Mittal , Adviser & Member Secretary (NSTEDB) in presence of Dr. K.Rangarajan, Head, CSME.

Our flagship conclave aims to bring together innovative and entrepreneurial start-up ideas under one roof. We intend to find the best of ideas and provide entrepreneurs across the nation with an opportunity to present their B-plans to an esteemed panel of potential investors, mentors, faculty and other entrepreneurs and stand a chance to get incubated at KITTES (IIFT’s MSME Incubation Cell) and hand holding support.Shri Amitabh Kant (I.A.S), CEO, NITI Ayogat Startup Conclave at IIFT on 20th August 2017 along withDr. Manoj Pant, Director IIFT, Shri H.K.Mittal , Adviser & Member Secretary (NSTEDB), Dr. K.Rangarajan, Head, CSME. 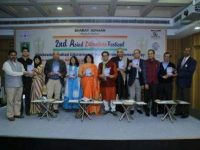 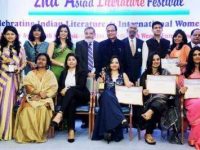 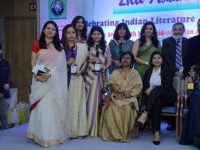 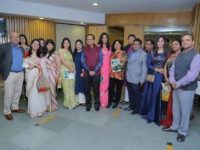